Daniel J. Cox–Natural Exposures Invitational photo tours are your connection to the world of photography, travel, wildlife, nature, and conservation. Traveling with Dan and Tanya is uniquely different. Dan’s forty-plus years as a professional photographer provide learning opportunities few other photo instructors can provide. Tanya’s hospitality and logistic skills were honed under her family’s Tundra Buggy Tours umbrella.  Combining their talents provides a unique opportunity for you to become a better photographer while enjoying an adventure like no other. The world is waiting, and time is short. Let’s create memories you’ll never forget and the pictures to prove it. 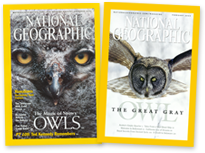 Daniel’s work is featured in many well regarded publications including National Geographic.

We never spam and promise to keep your information private.

Explorers are guests who have traveled with us and share their photographic adventures on this site.

Favorite Photos From Our Explorers

Sign up for the most current news on our latest photography tours, photo tips and Daniels’s work in the world of conservation.

This website uses cookies to improve your experience while you navigate through the website. Out of these, the cookies that are categorized as necessary are stored on your browser as they are essential for the working of basic functionalities of the website. We also use third-party cookies that help us analyze and understand how you use this website. These cookies will be stored in your browser only with your consent. You also have the option to opt-out of these cookies. But opting out of some of these cookies may affect your browsing experience.
Necessary Always Enabled
Necessary cookies are absolutely essential for the website to function properly. This category only includes cookies that ensures basic functionalities and security features of the website. These cookies do not store any personal information.
Non-necessary
Any cookies that may not be particularly necessary for the website to function and is used specifically to collect user personal data via analytics, ads, other embedded contents are termed as non-necessary cookies. It is mandatory to procure user consent prior to running these cookies on your website.
SAVE & ACCEPT